If an ice plug should develop in the neck of a liquid helium storage dewar, there are a number of procedures which can be used to free it. First determine if the container is equipped with a redundant relief passage (as are most storage dewars), and if one or both are blocked. If only the center one is blocked, the liquid access port assembly may be removed from the dewar (after depressurizing) and defrosted separately outside. During this process the dewar must be sealed from the atmosphere until the access port assembly is once again ready for use.

Keep hands and face away from the dewar opening while performing any of the procedures below. A sudden release of vapor could cause severe burning or propel particles or objects out of the dewar neck. Observe all precautions pertaining to the handling of cryogens as outlined in the manufacturer’s literature.

If both passages are blocked, or if only one is present, use the following procedure:

Use only a blunt object inside the neck of a dewar; the neck material is very thin and is easily damaged or punctured.

If the blockage has just formed, and or it is determined that very little pressure build-up is present in the helium space, the following alternate procedure may be used.

After an ice plug has been cleared and the liquid helium is consumed, the remains (ice or water) of the blockage at the bottom of the reservoir should be removed before the dewar is refilled again. 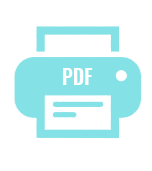